Ape Soldiers are the smallest and most common types of Apes present in the The Legend of Spyro trilogy. They are weaker than the Ape Leaders and Ape Commanders and are mostly seen supporting them. They attack by swiping at Spyro and by running to pounce on him. In The Eternal Night, they can additionally attack with an upper cut, which they use occasionally. The Ape Soldiers can be summoned by the Ape Leaders, and Commanders with their staffs, three at a time. They can also be transported by Dreadwings. 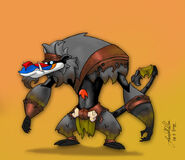 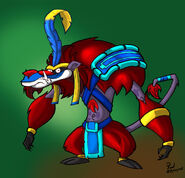 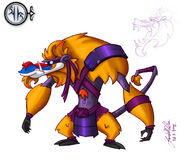 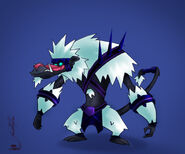 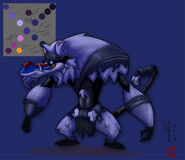 A Wraith Ape Solider by Ronald Marc
Add a photo to this gallery
Retrieved from "https://spyro.fandom.com/wiki/Ape_Soldiers?oldid=118438"
Community content is available under CC-BY-SA unless otherwise noted.