The Legend of Spyro: The Eternal Night (console versions)

Arborick is a large, wooden sentinel who resides in the Ancient Grove. He is believed to be the guardian of the Grove, as he was seen throwing out the Skavengers from his territory, and is one of the bosses in The Legend of Spyro: The Eternal Night.

Arborick is a golem completely made of logs of wood, tied together by vines. He first appears as a great tree standing in a body of poisonous water in a clearing when he seems to be resting.

Arborick's first phase is more complicated than most bosses in the game, as the mechanic is not explained - the player must set each of its body parts on fire for him to take permanent damage. If he is not completely engulfed after a certain amount of time, Arborick will spin the flames away, reganing most of his health.

In the second phase, his battle is more straightfoward, and only Dragon Time is needed to avoid his attacks, as he can be harmed like any other boss.

In the Ancient Grove, Spyro and Sparx searched for the Chronicler while the pirate crew Skavengers were attacked by an unseen creature while looking for fighters for their arena. When the two came across the tree he saw in his vision deep within the Grove, Spyro then called out for a sign, and Arborick transformed into his true form and attacked the dragon. However, though Spyro defeated the wooden sentinel, Skabb revealed himself to collect a prize fighter, and the Skavengers chose to replace Arborick with Spyro instead.

Arborick's corpse floating down the waterfall of the Grove 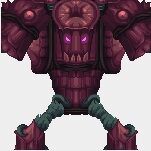 Retrieved from "https://spyro.fandom.com/wiki/Arborick?oldid=119874"
Community content is available under CC-BY-SA unless otherwise noted.