Charmed Ridge is a magical realm in Spyro: Year of the Dragon and in the Reignited Trilogy remaster of the third game. It can be accessed in the Evening Lake homeworld after collecting 58 Dragon Eggs. The realm is a magic kingdom home to Princess Ami and her people, the fairies. When Spyro arrived, it was under attack by the Cat Wizards of Felinia (with the mysterious and unmentioned aid of the Rhynocs) led by Prince Azrael, who wants to make the fairy princess his bride. So Liz, one of the inhabitants of Charmed Ridge, pleads for Spyro's help in stopping the invasion, and entering the Royal Castle to help her rescue their princess before it's too late.

Spyro defeated the Cat Wizards, but he discovered that Ami was really in love with Azrael, and gave the dragon an egg if he promised not to tell the other fairies that they'd eloped, nor about their romance.

Meanwhile, Sgt. Byrd's girlfriend Isabelle is an another inhabitant of Charmed Ridge, and during the invasion, they were supposed to meet up within the Fairy Temple for a date, which was ruined by the crafty Cat Witches. Fortunately, Sgt. Byrd was able to stop their meddling by defeating them, and they resumed their date.

The Harder They Fall 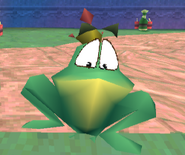 The fodder found in this realm.
Add a photo to this gallery

Concept art of Princess Ami, Prince Azrael, and the cat enemies for the Reignited trilogy. 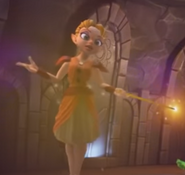 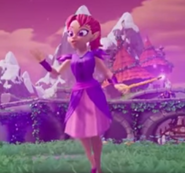 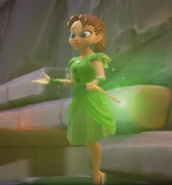 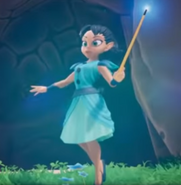 Prince Azrael and Princess Ami moments before driving off into the horizon.
Add a photo to this gallery

Retrieved from "https://spyro.fandom.com/wiki/Charmed_Ridge?oldid=119922"
Community content is available under CC-BY-SA unless otherwise noted.