Chop-Chop's design was more Player versus Player conscious than other Skylanders. His shield primarily allows him to close in on long-distance projectile users both in PvP and in PvE adventure modes. The Demon Shield of the Shadows upgrade stores up enemy attacks to redirect them back making Chop-Chop the original Zarya / Black Panther Chop-Chop bears genetic connections to Star Control 2's Yehat Terminator. In development, Chop-Chop was known as the Arkeyan Knight.[1]

With his skeletal frame, cold voice, and tremendous abilites, Chop Chop is often assumed to be a bit of a frightening fellow. In truth, he is a very frightening fellow. Despite that however, he appears to possess a sense of honor, as shown by his dedication to finding those who created him.

Chop Chop is a relentless, highly-skilled warrior who wields a sword and shield made of indestructible metal. He was once an Elite Guard amongst the ancient Arkeyan beings. The Arkeyans had created massive armies of synthetic soldiers, and the Elites were the most powerful of these. Like many of the Arkeyans, Chop Chop was created from a hybrid of elements - in his case, using undead magic and technology. Refusing to believe that his people disappeared, Chop Chop was scouring the kingdom seeking an Arkeyan leader for his next set of orders when Eon found and recruited him as a Skylander.

Centuries ago, the Giants of Skylands united in battle against the ruling Arkeyans. All that was left of the Arkeyans were their machines, toiling away evermore. One of those machines was Chop Chop, the last in a line of elite guards. But Chop Chop got fed up. There's nothing more tedious than being an Undead machine. It never seemed to end! So he stomped up to the surface to seek out new orders. Chop Chop wandered for centuries without a creator or a clue. Until that is, he stumbled upon Master Eon. No sooner had they met, Chop Chop's indestructible sword and shield were put to good use in the battle to protect the universe.[2]

Chop Chop uses his sword to slash his enemies. He can also summon boney bramblers to erupt from the earth to skewer his enemies, and uses his shield of indestructible metal to deflect attacks.

Chop Chop is a close range fighter, getting up close to enemies to attack with his sword, and hit out with his shield while using it to protect himself. His defense is extremly high due to his shield which can be put to good use getting close to enemies. His upgrade paths either allow him to upgrade his sword attacks to improve his attacking capabilities, or his shield for better defense. Despite his strong close-range attacks, his critical hit is low. 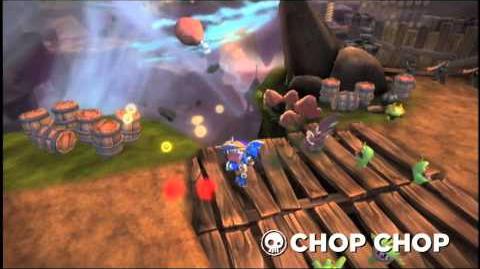 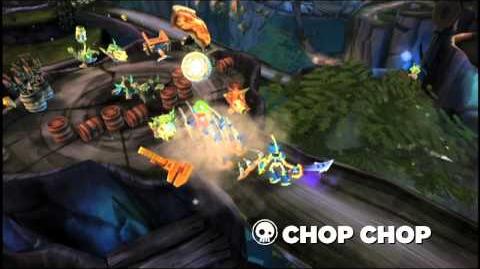 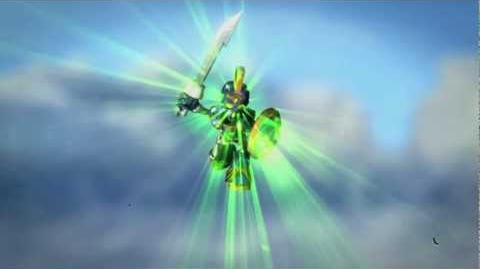 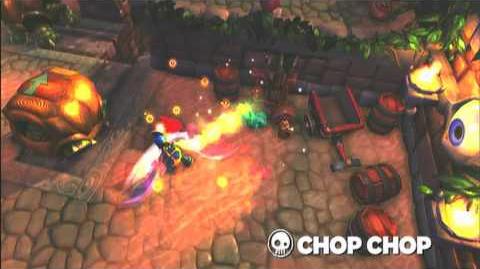 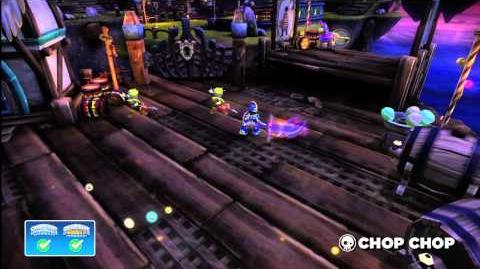 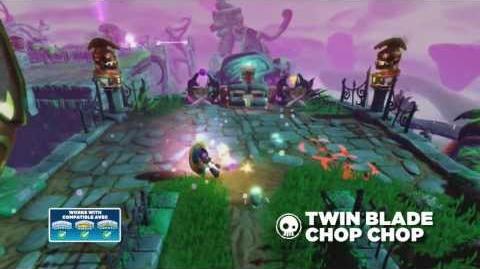 Retrieved from "https://spyro.fandom.com/wiki/Chop_Chop?oldid=121438"
Community content is available under CC-BY-SA unless otherwise noted.