Devon Cady-Lee (born 1988, New York) is an American illustrator, and concept artist. As a freelancer, he has a large body of work under many clients. Cady-Lee was a concept artist for the Spyro Reignited Trilogy, credited under art support. His contributions are for the Reignited concepts for following characters:

In addition to concept art, Cady-Lee also drew the illustrations of Spyro with other Artisan dragons showing in the end credits for the Reignited Trilogy's first game. 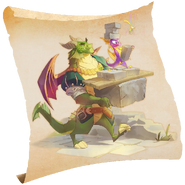 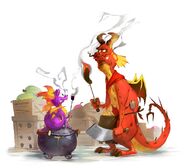 Alvar and Spyro from the end credits 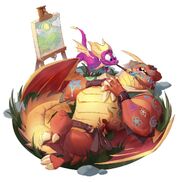 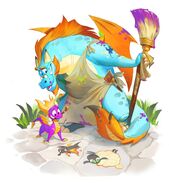 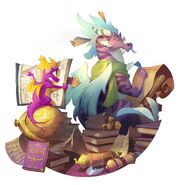 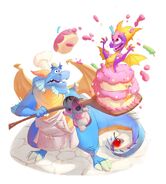 Spyro and Devlin
Add a photo to this gallery

Retrieved from "https://spyro.fandom.com/wiki/Devon_Cady-Lee?oldid=111655"
Community content is available under CC-BY-SA unless otherwise noted.