Dragon Eggs are the eggs that hatch into dragons in the Spyro series.

In the original PlayStation game, the eggs are mostly magenta pinkish with spots on them. All twelve eggs are in the hands of Egg Thieves that have stolen them all. Tuco the Balloonist of the Magic Crafters' realm will not allow Spyro passage to the Beast Makers' realm until he has retrieved at least five dragon eggs. Conveniently, seven of the twelve egg thieves can be found in the Magic Crafters' realm.

150 Dragon Eggs were brought to the Dragon Realms for the Year of the Dragon. The Sorceress sent Bianca and the Rhynocs to steal the dragons eggs while the dragons were sleeping, making eggs the main collectible in this game.

The eggs have changed in appearance and are now white and gray with purple and pink speckles. In this game, the eggs are either found lying about, or rewarded after completing a task or mini-game.

Egg Thieves are still around and still hold a few of them captive. There are 150 eggs (151 for the twins) to be rescued, the last of which hatches into twins. You can obtain eggs in various places or doing various tasks for the character you are doing them for (difficulty varies between levels).

Spyro was asked by Mrs. Shoutfire to find the missing Dragon Eggs that had been stolen once again by Egg Thieves. This time, they were marked with certain patterns. Once you completed a full set, you were given a special prize which was dependent on which set you collected. There are 80 in total to collect.

Kaitlin asks Spyro to help find her missing egg. After he finds it, she tells him to find 30 more. Kaitlin teaches Spyro a spell to turn into an egg afterwards. The eggs in this game are light blue with dark blue speckles. There are a total of 34 eggs. There is a glitch which makes you get unlimited eggs and one to be rolling in water. 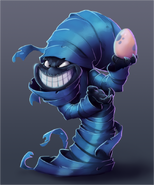 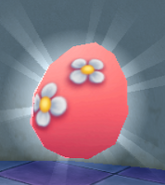 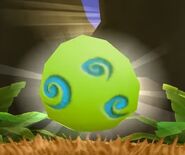 Character Viewer Dragon Egg collectible in Spyro: A Hero's Tail
Add a photo to this gallery

Retrieved from "https://spyro.fandom.com/wiki/Dragon_Eggs?oldid=125190"
Community content is available under CC-BY-SA unless otherwise noted.