More Elders were introduced later in Spyro: Shadow Legacy. They are not to be confused with the Dragon Masters that live in the Dragonfly Dojo.

A yellow colored dragon (appearance shared alike with Titan) appeared in Spyro 2: Season of Flame, but has no specific name given other than "Elder".

A dragon sensei is specifically the same thing as a Dragon Elder, however, the senseis are more targeted towards teaching dragons how to fight and concentrate rather than directly teaching focus. Senseis otherwise are the same thing. 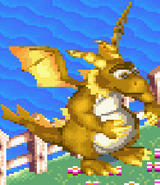 A Dragon Elder as seen in Season of Flame. 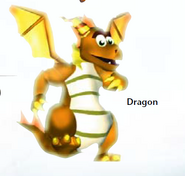 A dragon elder from a Season of Flame strategy guide.
Add a photo to this gallery
Retrieved from "https://spyro.fandom.com/wiki/Dragon_Elders?oldid=124340"
Community content is available under CC-BY-SA unless otherwise noted.