Tail Swipe
Bite
Wing Swipe
The Elemental Dragon is an entity fought in The Legend of Spyro: The Eternal Night. Spyro had to face this creature alone when he finished all four elemental challenges in the Celestial Caves. The Elemental Dragon is the obstacle that represents what Spyro fears most: Cynder returning to The Dark Master's side. It is most likely that the Elemental Dragon is a manifestation of energy that takes the shape, powers, and tactics of their challenger's worst fears.

The Elemental Dragon looks similar to Cynder's corrupted adult form when she was under Malefor's control. However, it has a few different features: it has three sets of horns, a different tail blade that lacks the hole, three spikes on its back above its hips, and lacks the jewelry Cynder had while she was corrupted.

The Elemental Dragon changes color, thus can only be killed by the element of the same color.

It was rumored that the Elemental Dragon takes on a fifth color (black or dark purple) after unlocking Dark Spyro, requiring the user to use the Aether element, but this was proven false. However, if the Elemental Dragon is hit by a polar bomb, it may turn purple for a few seconds because the dragon is slowed down by the polar bomb, but the Aether element still won't hurt it.

If you jump up above the Elemental Dragon and attack it from there, it's a less likely chance you'll get hit, and you'll possibly beat it faster. You can also use that technique on Cynder in The Legend of Spyro: A New Beginning. 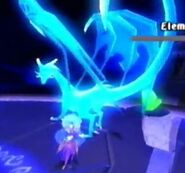 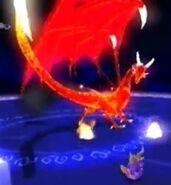 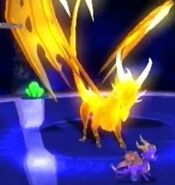 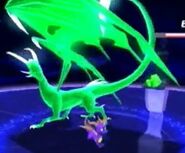 Retrieved from "https://spyro.fandom.com/wiki/Elemental_Dragon?oldid=119170"
Community content is available under CC-BY-SA unless otherwise noted.