Frozen Altars is an ice realm in Spyro: Year of the Dragon and in the Reignited Trilogy remaster of the third game. It can be accessed in the Evening Lake homeworld via swimming after defeating Spike. At the time Spyro was in the Forgotten Worlds looking for the Dragon Eggs, the Penguins in this realm had been tricked by the Sorceress into constructing several large snowmen, which had come to life. Desperate for a solution, they bought a laser defense system from Moneybags, but were unable to use it due to their flippers. When Spyro arrived, Alex asks him to use the laser defense system so that the snowmen can be taken down. After making his way through the realm, Spyro is rewarded an egg by Eugene as thanks.

In this realm, special ice fairies temporarily granted Spyro the ability to breathe ice as opposed to fire, so that he can temporarily turn enemies, as well as the penguins, into ice blocks.

In Frozen Altars, Bentley dons a blue boxing outfit, along with blue gloves. This makes it the only time that a playable character (other than Hunter, who changes forms at least three times during the game) takes on a different form for certain reasons. Also, the Colossus Yeti dons a red boxing outfit, with red gloves. 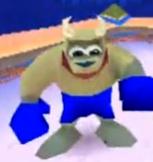 Bentley's boxer outfit
Add a photo to this gallery 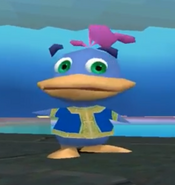 A Frozen Altars penguin
Add a photo to this gallery 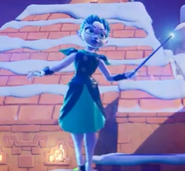 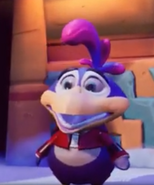 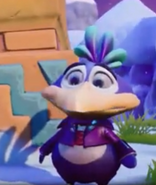 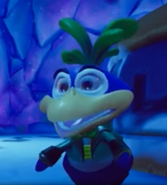 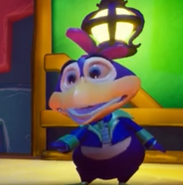 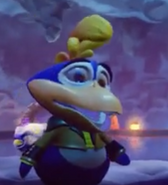 Retrieved from "https://spyro.fandom.com/wiki/Frozen_Altars?oldid=115194"
Community content is available under CC-BY-SA unless otherwise noted.