“Grublins! In the valley! Prepare your weapons!”
—Cheetah soldier

Grublins are the artificially created servants of Malefor in The Legend of Spyro: Dawn of the Dragon. Their first appearance was in the ruins of the Well of Souls, where a group of lesser Grublins led by a Hero Orc released Spyro and Cynder from the time crystal they were encased in. Afterwards, they chained the two dragons together with a magical tether and dragged them away to the Catacombs to be sacrificed to the Golem.

A common type of Grublin, whose rank matches that of an Ape Soldier, is mostly encountered a lot of times in Dawn of the Dragon and are the easiest enemies to defeat.

Grublins were created by Malefor with an unknown dark spell that generates groups of ten to fifteen from the earth. The members in these groups consider each other as brothers. Each Grublin seen generally has this number of siblings. They serve as soldiers for Malefor's dark forces, and are his replacements for the Apes.

Like the Apes, there are a variety of these forces: the smaller common variety, and the bigger and large commanders. Because they were molded from out of the earth, they hold the ability to burrow underground to avoid further damage from Spyro and Cynder, except the Wyverns. Some Grublins however, look like mutant flies, while others take a far more different and intimidating form.

Grublins only communicate through grunts and roars, which can be translated through the optional subtitles in the game.

Earlier designs of the Grublins 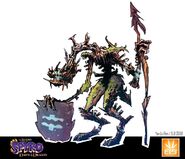 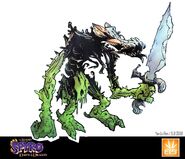 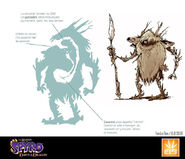 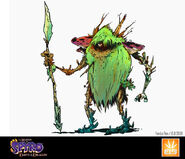 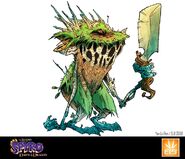 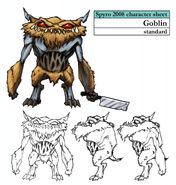 DS models of Grublins
Add a photo to this gallery

Retrieved from "https://spyro.fandom.com/wiki/Grublins?oldid=118054"
Community content is available under CC-BY-SA unless otherwise noted.