Metalhead (アイアン・ヘッド, Iron Head in Japanese) is a giant robot who is the boss in charge of the Beast Makers Homeworld. He was created by Gnasty Gnorc in his search for recruits to destroy Spyro after freezing all the dragons in crystal. He resided in his titular realm, relegated to a specific location due to the fact that he was powered by the small pylons in the vicinity. Spyro confronted him and destroyed all of Metalhead's pylons, defeating the machine.

Metalhead is a large, burly robot with an almost gorilla-like build. Most of his body is large and monochromatic. His face is dark green and inset, with bright, yellow-green LEDs for eyes. He has a pair of yellow horns, and a lavender mohawk adorning his head. Additionally, he has green, illuminated laser guns on each forearm, and the vertical portions of his feet are also curiously green.

In the Spyro Reignited Trilogy, Metalhead appears to be somewhat shorter but still bigger than Spyro, a more shiny metal body, with a small gauge, several electric diodes along his shoulders, curved horns, little green eyes, a more curved mohawk resembling a saw blade, and his left arm keeps the cannon, while his right arm has an arm.

Metalhead is encountered in his titular stage, Metalhead. Metalhead's fight with Spyro is the most unique in the game. Whereas all previous and successive bosses are fought in a chase-like format, with most of the resistance coming from generic mooks on the paths to the the boss, Metalhead actively stands his ground, only retreating once, when his first set of Pylons is destroyed, and deactivating when the second set is destroyed.

The fight begins in the first of two large chambers that are surrounded by swamp water and filled with pylons that power Metalhead. The first chamber is significantly smaller than the second, is mostly indoors, and has eight pylons to destroy. The second champer is a wider, outdoors area with another nine pylons. As Metalhead is too large for a charge attack and is made of metal, Spyro lacks any normal method of attack. Therefore, the only way to attack Metalhead is to destroy the pylons that supply him with power.

Metalhead usually starts the battle by firing energy rays out of its arms, but it is relatively common for him to use his other main form of attack: throwing Strongarms and Armored Banana Boys, both of which can be defeated by flaming and charging respectively, or simply dodged. Both of these attacks do have the capacity to destroy the pylons if accidentally directed towards them, allowing a patient player to slowly force Metalhead into defeating himself. Likewise, for the less patient, Spyro can also charge into the pylons to destroy them, provided they aren't currently being used, indicated by the pylon being green and inactive, taking damage himself if attempting to destroy a red pylon. Worth noting is that when a pylon is blinking red and green, it's still considered inactive and can be destroyed, but this practice is unadvised, due to the possibility of the pylon turning on just as the player reaches it. Also worth noting is the fact that active pylons can be destroyed by Metalhead's attacks.

The first phase of the fight consists of eight pylons. Once destroyed, Metalhead will retreat into the building behind him, through a hallway, and onto the second arena. One that arena is cleared of its pylons, Metalhead will topple over and disappear into a puff, giving up 42 Gems, and allowing Spyro to access the Exit Gate. 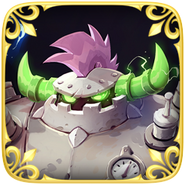 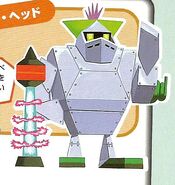 Retrieved from "https://spyro.fandom.com/wiki/Metalhead_(Boss)?oldid=118146"
Community content is available under CC-BY-SA unless otherwise noted.