Scorch (ホットハタビアン in Japanese) is a realm that appeared in Spyro 2: Ripto's Rage!, set in a Middle Eastern style desert palace. Two young secret agents named Handel and Greta have lost contact with each other, and it is Spyro's job to reunite the siblings with one another so they can complete their "super secret mission".

The two children later appeared in Spyro: Year of the Dragon, this time at the Fireworks Factory.

The scene opens, showing Handel and Greta, trying to infiltrate the castle. However, a lollipop is shown, and Handel, not being able to stop himself, glides to the lollipop. Greta sees this, and flees as the guards arrive. Handel is still biting on the lollipop, as a guard laughs at him.

The scene opens showing Handel and Greta surrounded in the tower by the guards. They guards approach them, their weapons drawn. Handel and Greta look at each other and slowly touch each other's hand. They then look back at the camera, with their eyes red and vicious. The guards back up, fearfully. Orbs of light are then shown in Handel and Greta's hands. They then throw them at two of the guards, as they are blown out of the tower.

In Reignited, the twins, instead of having their backs to the camera, are now facing it. Also, they grasp each other's hand instead of just simply touching it with their eyes closed. Afterwards, energy swirls in both of their hands, and their eyes, once reopened, are red and vicious. Lastly, instead of orbs of light, both twins release a large blast of energy which knocks all the guards out of the tower, instead of just two.

Fodder in this world 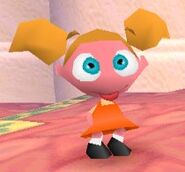 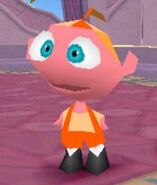 Handel
Add a photo to this gallery

Retrieved from "https://spyro.fandom.com/wiki/Scorch_(Realm)?oldid=120745"
Community content is available under CC-BY-SA unless otherwise noted.