Running down Spyro
Blows out streams of flames

Steam is an evil train engine in The Legend of Spyro: A New Beginning that is controlled by an equally evil Conductor. He is battled atop Munitions Forge, where Steam, and the Conductor, are placed in charge of guarding Terrador while his energy is drained. Ultimately, Spyro manages to overcome and destroy Steam, likely taking the Conductor with him.

Front and Side Concept View of Steam 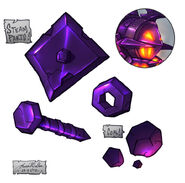 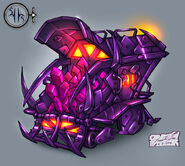 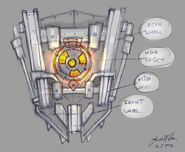 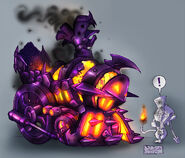 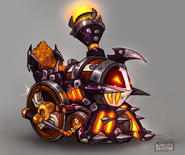 Retrieved from "https://spyro.fandom.com/wiki/Steam?oldid=118650"
Community content is available under CC-BY-SA unless otherwise noted.