A Supercharge was a part of Spyro's special moves in the original Spyro series. It is an improved version of the basic charge attack, enabling Spyro to run faster and jump higher should he charge off certain platforms.

In both Spyro the Dragon and Spyro: Year of the Dragon, Spyro performs the Supercharge by charging across special ramps that show glowing arrows. In the Reignited Trilogy, as well as granting the ability to supercharge, Spyro's spines glow neon yellow upon collecting three blue orbs during the boss battle with Ripto. In Spyro 2: Ripto's Rage!, Spyro may also perform the Supercharge by running through a supercharge power gate. In Spyro: A Hero's Tail, Spyro glows yellow when he steps into the Supercharge gadget instead of running his legs in circular motion while charging fast.

Supercharge can be used to: 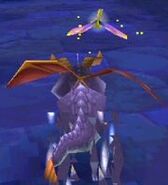 Spyro using Supercharge
Add a photo to this gallery 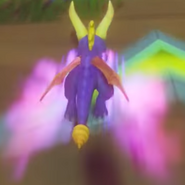 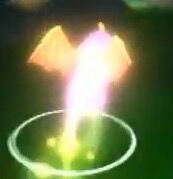 Spyro using supercharge
Add a photo to this gallery

Retrieved from "https://spyro.fandom.com/wiki/Supercharge?oldid=122897"
Community content is available under CC-BY-SA unless otherwise noted.