“Gnasty Gnorc has put one of his most devious henchmen in charge of the Artisan world. Be careful, Spyro. Toasty has many tricks up his sleeve.”
—Nevin

Toasty (ワンダー・パンプキン: Wonder Pumpkin) is the boss of the Artisans Homeworld. He is found in Toasty realm with several Shepherds and Sleeping Dogs guarding the path to him. Toasty appears to be a scythe-wielding, pumpkin-headed giant scarecrow, but was ultimately revealed to be nothing more than a singed Sheep on stilts. He only appeared in the Spyro the Dragon and the Spyro Reignited Trilogy.

In the first two areas of Toasty's boss fight, his outfit consists of a big red coat, a big red hat, an orange Jack-o-lantern for his head, a carrot on for his nose, straw hands, a scythe to attack Spyro with, and wooden feet with straw toes. In the last area he is merely an angry sheep standing on stilts.

In the Spyro Reignited Trilogy, Toasty is taller with a more hunched look and his coat is more worn-out and it covers his 'feet' (however they could still be seen if one looks closely). He has a furry hood on his coat. His hands have more skeletal fingers. His Jack-o-lantern is smaller and has a more wicked smile, with a bell hanging beneath it. His true sheep form has horns, singed wool and wears a bell around his neck.

After Gnasty Gnorc froze the dragons in crystal, he put one of his most cunning, and intelligent minions to be in charge of the Artisans realm: Toasty. Toasty took over Nevin's castle domain and was protected by his Shepherd minions and their Sleeping Dogs. Spyro eventually came to the castle, freed Nevin, fought Toasty and his Sleeping Dogs, and defeated Toasty himself, not before realizing that Toasty was just a simple Sheep.

In order to Spyro defeat the Toasty, Spyro must first defeat his Sleeping Dogs (they took two hits; one to char them, and a second to finish them off), and then flame him. He took three hits. Once he was defeated, Toasty released several Gems. Toasty only attacked when his Sleeping Dogs were gone. If they were still alive, he simply ran around the chamber in his attempt to get away from Spyro if he got too close (he was much faster in the third round).

For an easier time against the Toasty's sheep form, Spyro could leave his Sleeping Dogs alone and chase him to get close enough to flame him; the doors to the next rooms opened whether his Sleeping Dogs were alive or not. Though, to achieve 100% completion in this realm, the Sleeping Dogs needed to be defeated in order to retrieve their Gems. 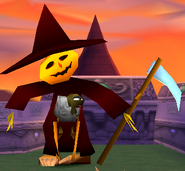 Toasty peeking through the costume

As he appeared in the commercials 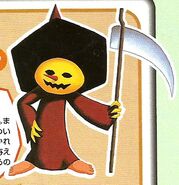 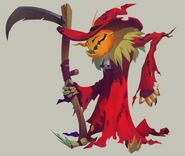 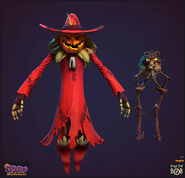 Toasty peeking through the costume in the Reignited Trilogy 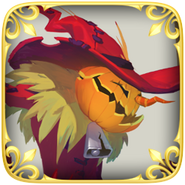 Retrieved from "https://spyro.fandom.com/wiki/Toasty_(Boss)?oldid=119143"
Community content is available under CC-BY-SA unless otherwise noted.