Treasure Chests are the most common containers that hold gems in Spyro the Dragon. They were replaced by Gem Baskets in later games.

They can be broken open by either a charge attack, flame attack, or any other kind of attack Spyro has.

In Skylanders: Spyro's Adventure, there are three Treasure Chests in each level. They have 3 locks on them. You have to shake them open to make the chests spill out gold, gems, and other items that give you more loot. 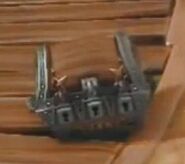 Retrieved from "https://spyro.fandom.com/wiki/Treasure_Chests?oldid=118407"
Community content is available under CC-BY-SA unless otherwise noted.